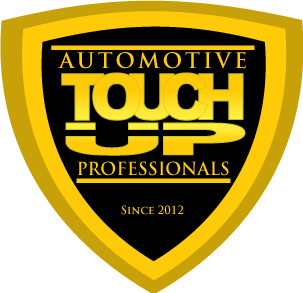 This is one of the most difficult colors we do.  Fortunately, it comes up a lot (it’s a beautiful color) so we have gotten progressively better at learning to handle it.  It rely’s almost entirely on how it is sprayed on to achieve that beautiful color and effect of “glowing”.  Since we don’t spray our colors, the effect is hard to mimic.  When we do touch up this color we find it looks too dark in the shade but looks pretty good in the direct sunlight.  Anything is better than black holes and white scratches in most cases though.  Here are some pictures of one we’ve done for a second time in the same exact spot.  This father gave this car to his 16yo son to learn to drive in.  The father says the kid can’t quite grasp where the pivot point is when he’s turning in parking lots.  The father knows it is likely to keep happening so, instead of going for a full repair, he decides to just leave the dents and touch it up to keep from rusting until the son catches on fully.  Some of the darker spots are attributed to multiple thick layers.  They “gobble up” too much sunlight instead of reflecting it back for the glow.  With first-time applications this won’t be much of a problem. 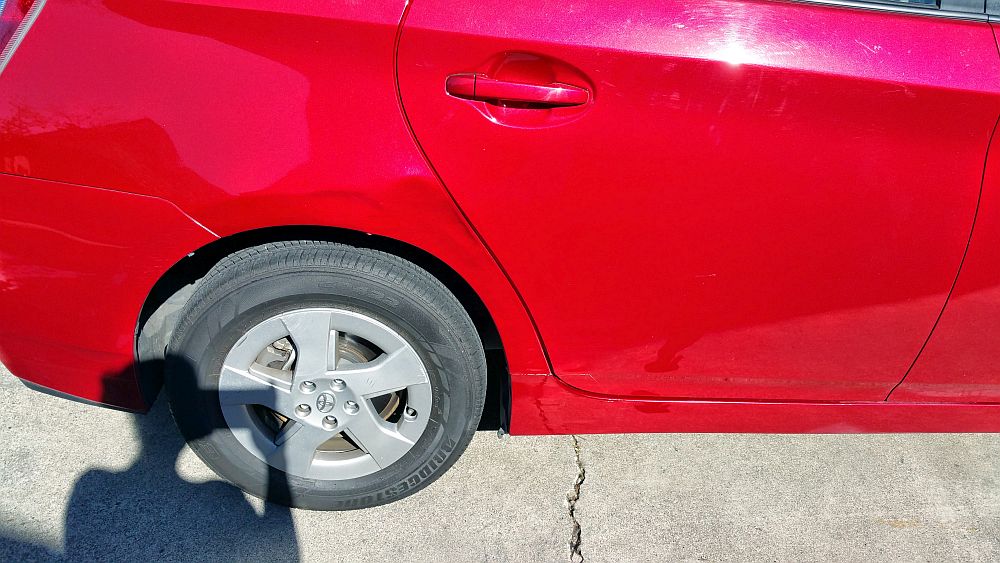 All of our services are mobile!

Please contact us for an instant estimate or to make an appointment.

Sat.  & Sun.
Closed for service but available for contact.